For many real estate buyers, the purchase of a rural property is motivated, at least in part, by a desire to create a retreat from the outside world. Whether a newly acquired property will serve as a second home – visited a few times a year – or as a permanent, year-round residence, part of the appeal of owning rural real estate is the potential to escape the more hectic nature of an in-town lifestyle, to live life at a somewhat slower pace.

Except, of course, when it comes to internet access. 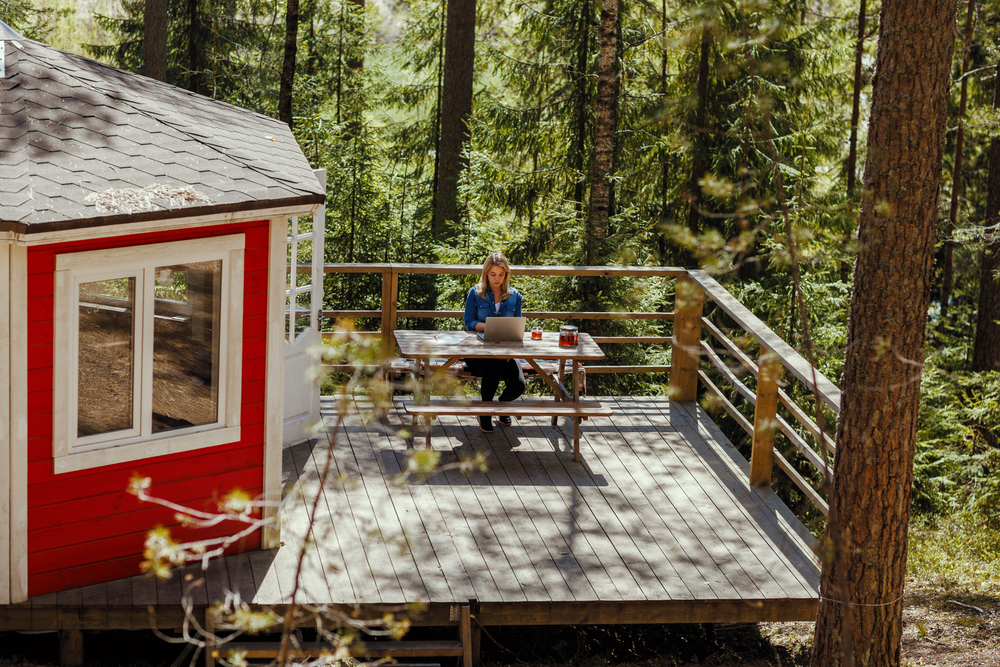 As the World Wide Web and its utility have grown, so has our dependence on the internet for basic communications, news, entertainment, and everyday business needs. All but the most anti-tech property buyers now regard reliable internet access as a vital utility, even in rural locations.

Fortunately, there’s a growing list of internet service options to stay connected – no matter where you live.

Familiar land-line service from mainstream internet service providers is often available throughout farm and ranch country. A given area, though, might have no more than one land-line internet provider, potentially working with an infrastructure that hasn’t yet caught up to in-town service capacities. Rural property owners newly transplanted from areas boasting lightning-fast download speeds might have to adjust expectations for service speeds but, in general, should be able to use the internet just as they would in other locations.

When the concept of satellite internet was introduced, it seemed like a connectivity miracle: regardless of your location, if you had a clear view of the southern sky, you could connect to the internet via a satellite dish. Reality, though, left something to be desired, as consumers reported satellite service as being slow and unreliable, with service at the mercy of weather conditions. Satellite services have worked to improve connectivity, but typical download speeds still might not hit 15 Mbps, with upload speeds in the 1-2 Mbps range.

Something of a cutting-edge approach to online connectivity, microwave internet service (often referred to as “fixed wireless”) builds upon radio-transmission technology that predates the concepts of broadband and WiFi. Signal transmissions are sent wirelessly point-to-point, so there are no land lines or satellites involved. Line-of-sight links (via relay towers, if necessary) are needed between the service provider’s on-the-ground transmission tower and a consumer’s antenna. Advocates say microwave service can be faster and more reliable than satellite options and, because of the way in which microwave data is transmitted (using narrow beams), it can be safer than cable service, in terms of protecting data from being intercepted.

A key theme of late in lawmakers’ discussions regarding nationwide infrastructure improvement. Legislation passed in the U.S. Senate would speed permit approvals for wireless expansion, and facilitate “dig once” strategies, in which broadband infrastructure would be put in place concurrent with highway construction projects or other below-ground improvements. The Federal Communications Commission has introduced a plan to offer tax incentives for private-sector broadband investment in low-income (including rural) areas. Such initiatives, paired with the ever-increasing demand for quality, high-speed internet access among rural property owners, should help ensure a future in which online connectivity is a given at any property, regardless of its location.