When you’re pondering a farm or ranch purchase, or making plans for a recently acquired piece of ground, land and its limitless possibilities dominate your thinking. As you contemplate all that land can represent – opportunity, individualism, escape – here’s a collection of great books that offer inspiration, and remind you of why you wanted to own land in the first place. 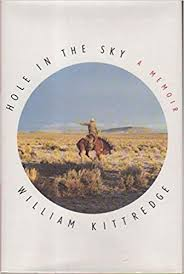 Hole in the Sky, by William Kittredge

Kittredge is one of the most acclaimed chroniclers of the modern American West. His memoir explores his upbringing in Oregon ranch country, and offers insight on the appeal of wide-open spaces, the value of land and its accompanying legacies, and the changing landscape of the contemporary frontier. 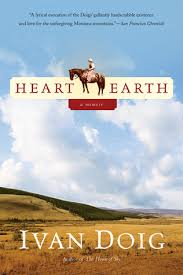 Doig, who passed away in 2015, was a novelist and journalist who centered much of his work on his native Montana. In this memoir, Doig explores – in part, through a collection of wartime letters between his mother and uncle – the influence of the western landscape on his family, with settings ranging from remote stretches of Big Sky Country to the American Southwest.

Subtitled Four Generations of Hunting and the Hill Country, this nonfiction work by Bass, also a novelist and writer of short stories, takes readers along for his family’s annual excursion to the “deer pasture,” the Texas Hill Country destination where the Basses have hunted for more than 75 years. The author shares insight on the lessons taught by hunting, and the value of maintaining connections to the wilderness.

This collection of vignettes by Galvin comprise a compelling narrative about a specific piece of the West: the ranchland along the Colorado-Wyoming state line. The author reaches back a century and tells the story of the area through its hardscrabble inhabitants. The landscapes and seasons serve as additional “characters,” bringing out the survival instincts required for life in the region. 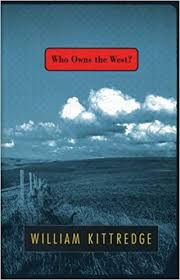 Who Owns the West, by William Kittredge

In this short work Kittredge opines on the “second colonization” of the West, as it transitions from a mythical place of survival to a place often defined by tourism, recreation, and a modern interpretation of a love of the land and the hope for the future that it so often represents. Kittredge takes readers to locations as varied as Klamath Falls, Oregon, and his adopted home state of Montana, and populates his story with appearances by writers Raymond Carver and Richard Hugo, both of whom sought escape and reinvention in the American West. 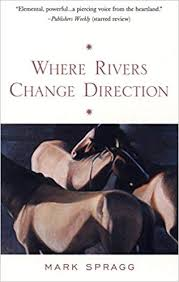 A native of northwestern Wyoming, where he grew up on a guest ranch, Spragg shares the story of his childhood as part of a family dependent on the land and the mythology of the West for its livelihood. Spragg details winter solitude, an adolescence defined by physical labor, and the appeal of open spaces to an eclectic cross-section of urban tourists seeking a piece of a life that Westerners often take for granted. 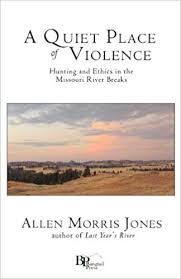 A Quiet Place of Violence, by Allen Morris Jones

Subtitled Hunting and Ethics in the Missouri River Breaks, this work by Jones, a former editor of Big Sky Journal, offers a philosophical look at hunting, and explores the ways in which the sport brings humans closer to a rightful place in the natural order, to a place in which they become participants in the natural world, rather than mere observers. 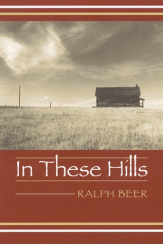 In These Hills, by Ralph Beer

With contributions to magazines ranging from Big Sky Journal to Harper’s, Beer is perhaps the most under-acknowledged writer of non-fiction about the contemporary American West. In this collection of his finest magazine pieces, Beer draws heavily on his experiences working on his family’s Montana ranch, consistently illustrating the ways in which our identities can be defined by the land. 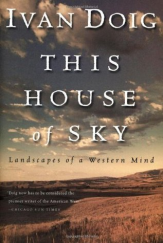 This House of Sky, by Ivan Doig

In this memoir, Doig looks back on his childhood in 1940s Montana ranch country and delves into the ways in which ties to the land can shape one’s life. Through his story, Doig shares with readers the unique nature of family life on a ranch, and the nature of a childhood spent in wide open spaces. 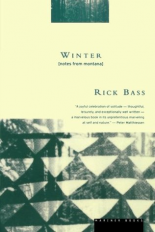 In a book instantly comparable to Henry David Thoreau’s Walden, Bass’s journal chronicles a winter spent in Montana’s remote Yaak Valley, a destination with no electricity, few comforts, and even fewer residents. The author shares the challenges of acclimation and the necessary acquisition of frontier survival skills.

Owning it All: Essays, by William Kittredge

This collection of magazine pieces by Kittredge offers an education on the differences between the West’s mythology and its reality, and the ways in which the former has often overshadowed, if not outright harmed, the latter. Readers are left with an appreciation for a culture and landscape unburdened by the characteristics forced upon them by popular culture.